In this first chapter we're just going to get the bare minimum of a Nexus project setup. You'll learn about:

Start by creating your project directory, initializing your package.json, and adding the nexus dependency.

Nexus comes out of the box with a CLI. You'll use it often while working on your app. While you can access the CLI of your local nexus via yarn or npm scripts or npx but there's an even easier way. Install nexus globally. Then you can access the CLI from anywhere. Nexus is smart enough to delegate all invocations to the local nexus. This is the idiomatic way to work with Nexus, but you aren't forced to do this.

There are just two CLI commands you need to know about right now:

Another is nexus create app which will scaffold a new Nexus project for you. That is how you should normally start your Nexus projects. We're avoiding it in this tutorial so that you can learn the basics from the ground up.

Despite having the global Nexus CLI, using package scripts can be a handy way of self-documenting your project's workflows. So feel free to add the following scripts to your package.json. If you work with team members this can help streamline collaboration.

The directory name api is arbitrary but the module name app has special meaning. Nexus will find app.ts wherever you put it within your project and treat it as your entrypoint. Furthermore, every module that imports nexus will be automatically included into the final build by Nexus. This makes growing and refactoring your project easy as you are freed from managing import/export tedium. You might be wondering how import order is managed. The answer is that Nexus' APIs are declarative and so designed to be order independent.

Ok, with our entrypoint setup, let's boot up dev mode and see what happens.

Woops? You should be seeing a warning from Nexus:

All good, you indeed haven't added any types to your GraphQL schema yet so Nexus is right here. This is the first example of Nexus' rich development mode contextual feedback. One of the goals of Nexus is to never leave you in a confused disoriented state. If Nexus can give you an inline feedback it should. Add rich jsDoc and precise TypeScript types into the mix, and ideally you can largely avoid getting lost and needing to consult the Nexus website, community, so on.

Aside from the warning, you should also see a message indicating that your server is running, and where.

Open it up, what do you see? It should be an instance of GraphQL Playground. 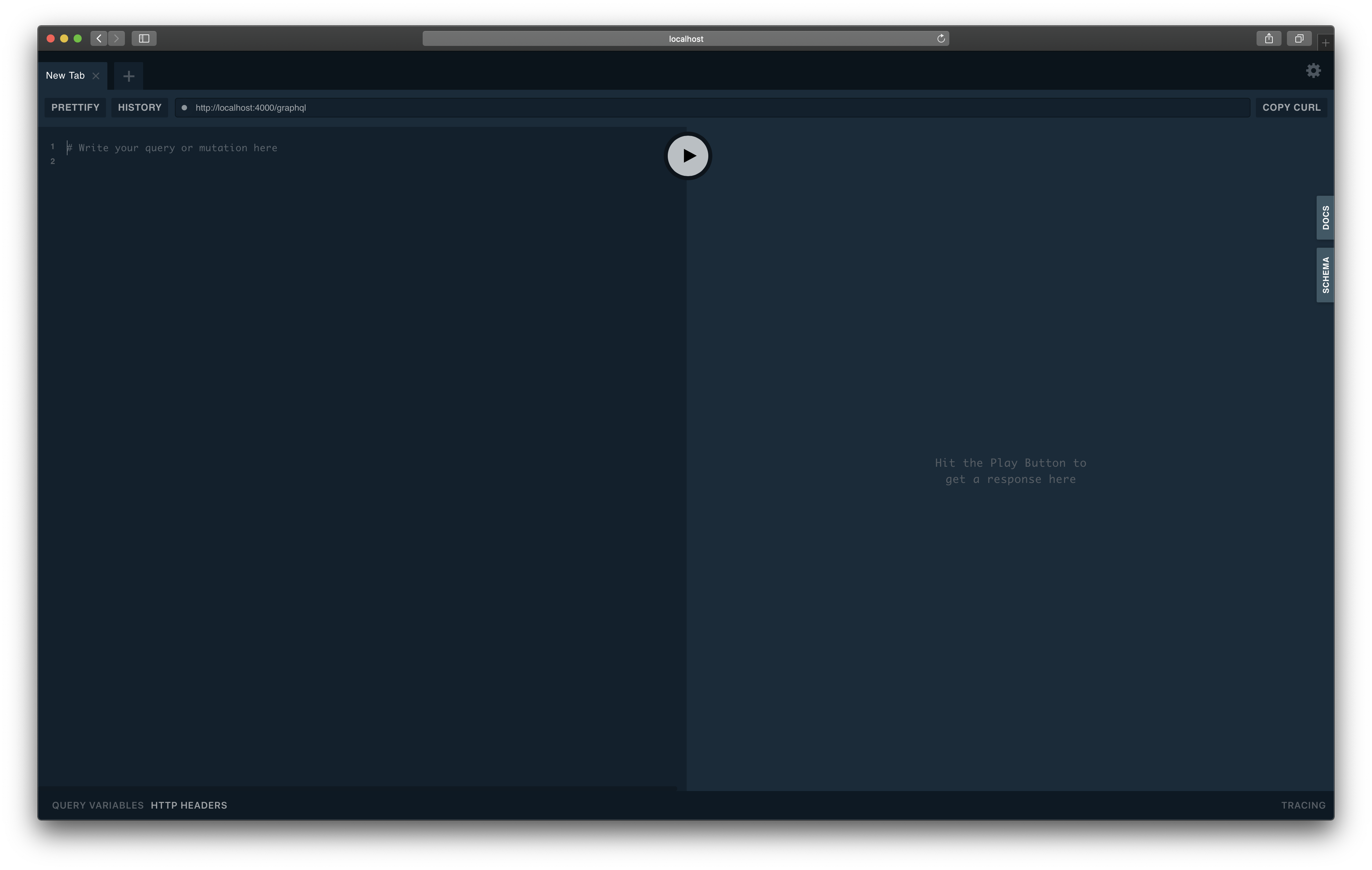 This is a graphical user interface for interacting with GraphQL APIs. If you prefer you can run a standalone version as an app on your machine, or another GraphQL GUI entirely. Nexus ships with one out of the box for your convenience.

Take a look at the right-hand side SCHEMA tab. There you'll see a default schema that Nexus has provided for you. This, along with the warning you saw before, will go away once you begin your own schema.

Note that Nexus will serve GraphQL requests on this same path. Only client GET requests with the accept: text/html header will get back the Playground response.

That's it! In the next chapter you'll begin working on your app's schema.

Edit this page on Github
Nexus

Made with ❤️ in Berlin